Sports injuries and illnesses during the London Summer Olympic Games 2012 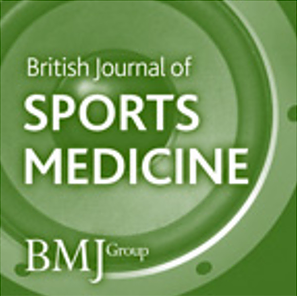 BACKGROUND: The Olympic Movement Medical Code encourages all stakeholders to ensure that sport is practised without danger to the health of the athletes. Systematic surveillance of injuries and illnesses is the foundation for developing preventive measures in sport. AIM: To analyse the injuries and illnesses that occurred during the Games of the XXX Olympiad, held in London in 2012.
METHODS: We recorded the daily occurrence (or nonoccurrence) of injuries and illnesses (1) through the reporting of all National Olympic Committee (NOC) medical teams and (2) in the polyclinic and medical venues by the London Organising Committee of the Olympic and Paralympic Games’ (LOCOG) medical staff.
RESULTS: In total, 10 568 athletes (4676 women and 5892 men) from 204 NOCs participated in the study. NOC and LOCOG medical staff reported 1361 injuries and 758 illnesses, equalling incidences of 128.8 injuries and 71.7 illnesses per 1000 athletes. Altogether, 11% and 7% of the athletes incurred at least one injury or illness, respectively. The risk of an athlete being injured was the highest in taekwondo, football, BMX, handball, mountain bike, athletics, weightlifting, hockey and badminton, and the lowest in archery, canoe slalom and sprint, track cycling, rowing, shooting and equestrian. 35% of the injuries were expected to prevent the athlete from participating during competition or training. Women suffered 60% more illnesses than men (86.0 vs 53.3 illnesses per 1000 athletes). The rate of illness was the highest in athletics, beach volleyball, football, sailing, synchronised swimming and taekwondo. A total of 310 illnesses (41%) affected the respiratory system and the most common cause of illness was infection (n=347, 46%).
CONCLUSIONS: At least 11% of the athletes incurred an injury during the games and 7% of the athletes’ an illness. The incidence of injuries and illnesses varied substantially among sports. Future initiatives should include the development of preventive measures tailored for each specific sport and the continued focus among sport bodies to institute and further develop scientific injury and illness surveillance systems.

Article in PDF (for private use only)